All colts on this page are sold now!

All colts have been loaded many times and

most have been hauled at least once for a 20-30 minute trip.

Cheaper colts are most certainly easier to find,

but buying one of my quality

colts, actually raised in the hills and mountains,

not in a stall or flat land paddock, are rare!

It does make a difference in the long run!

with a $7.50 surcharge, depending on current gas prices.

Health Inspections - varies from vet to vet, but figure at least $10 dollars and up.

within 3 days after the vet sends the blood into the state vet lab!  The vet can

get the results faxed to me, but it does cost more to do the quick coggins and

might require a 70 mile round trip for me to the vet in Worland, WY or Greybull, WY.

Soooo, do you see why horse breeders need more money for the colts they are raising!

Prices on all of these things have NOT gone down during this current recession,

but have steadily climbed!

Here are some examples of what goes into one colt that I sell:

*Feed - too hard to calculate,

but we never get paid enough to justify the feed costs that goes into even one colt!

*Halter Breaking, Loading Practice - both ought to be worth at least $200 a colt, because when

I am their trainer they will load without much problem!

*My back aching hoof trimming jobs (farriers are getting $30 and up per horse)!

Sometimes I do 3 - 5 trimmings from weanling to yearling colts before they sell!

but goes up higher as they age.

*$25 for any AQHA foal if done within the first 7 months,

then the price goes up after their seventh month birthdate!

and you add $4-$5 per mare bred to that stallion.  Do the math yourself! It adds up fast!

They just recently raised the price and in my opinion, it's way too high

and should be lower if any changes are made at all!

*DNA - one time fee for the AQHA broodmares, stallions and colts of $50 for one DNA kit.

*AQHA Transfers of ownership - $15 - for me as a member, for you as a non-member much higher!

*Outside stallion breeding fees - If the sire is owned by someone else...other than myself,

this fee can be considerably high, depending on the stallion, plus you have to add my gas expenses

getting the mare to the stallion, as well as feed while she's there.

Can't afford to do it on all my colts, you can surely see why!

other breeders and myself set our prices where we set them!

The price of a colt is literaly & purely a matter of survival for me, not a decent income obviously.

I do not make much money and barely break even... if I am lucky!

(I know that I spelled Chamelion wrong!  Thanks  It's my version.) 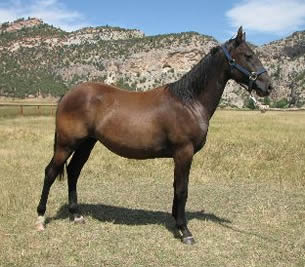 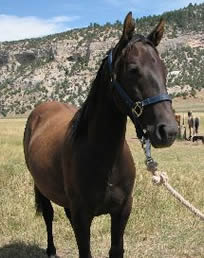 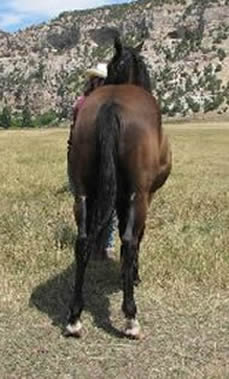 All around ranch horse prospect for the experienced horseman! 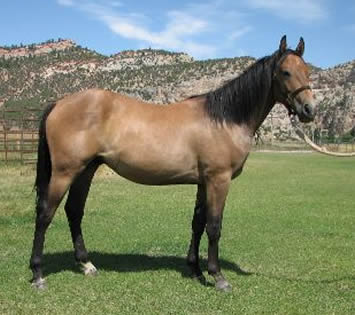 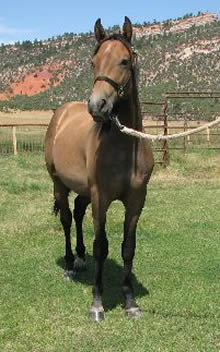 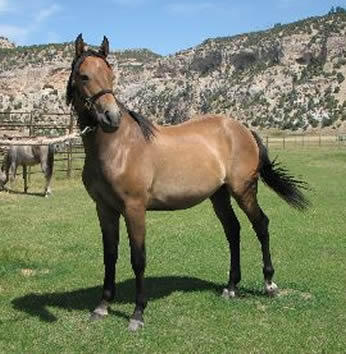 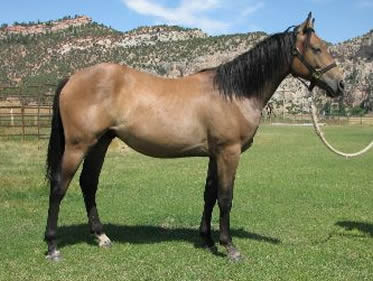 Color:  Was a BAY as a baby, but will for sure slick off by spring 2009 to be a GRAY eventually!

Was registered as a bay as a foal, but has turned GRAY now!!!

He is already shedding off down to gray in his face & other parts of his body,

even though you won't be able to see it by my pictures!

You will be able to see it in person!

If you want a 1st place ribbon then take a closer look at this pretty colt.

My pictures don't really do him justice.

I started this colt in November 08 and could not believe how easy and light he was.

It didn't take him long to figure it all out and give into the slightest pressure of the lariet!

I imagine he would make a great reining horse.

I put my hand on the opposite side of his neck & could easily neck rein him to me with my hand.

Classic colt that is sooooo very willing to learn!

He's not a sleepy head though, plenty of spunk and 'go get em' to his attitude!

*Notice below who's on his pedigree:  Dot's Jessie was a World Champion Reiner! 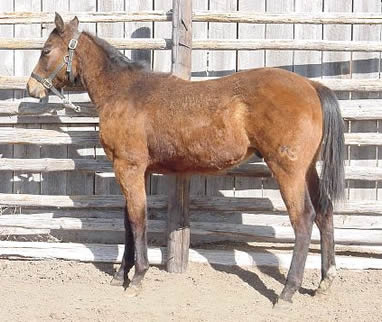 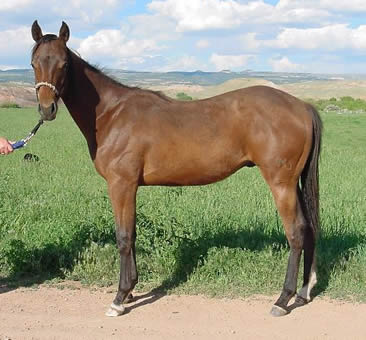 ***Will try a visit to the vet this summer if it doesn't shrink down.***

***Not worth the vet bills, so he is free to anyone that wants to come and get him!***

He just might grow to be as tall as his 16 hand sire!

DASH FOR CASH bred via ON A HIGH 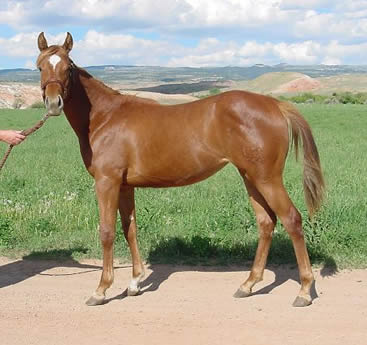 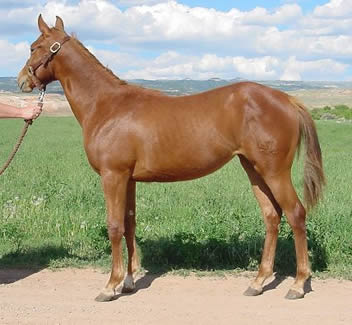 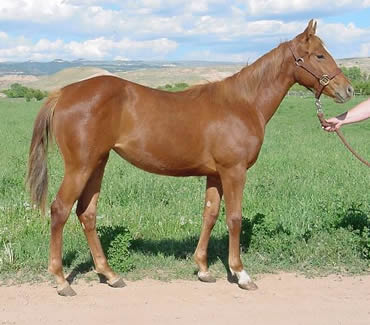 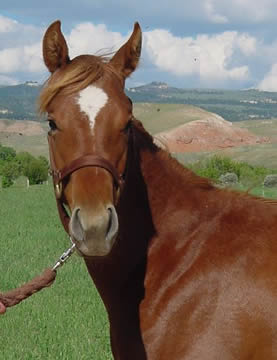 Price: My keeper after all!

the right bloodlines to take you to the pay window chasin' those cans!

She has DASH FOR CASH & ON A HIGH through her sire's side!!!

Her dam is a granddaughter of my gray stallion, Spooky Rip!

Pedigree plus brains, plus eye appeal! 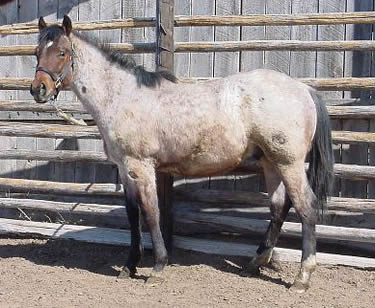 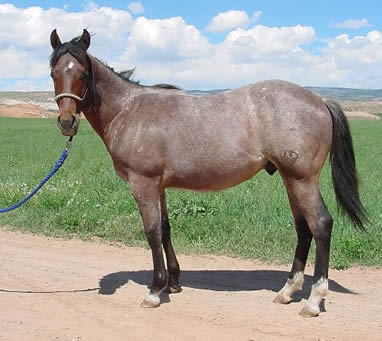 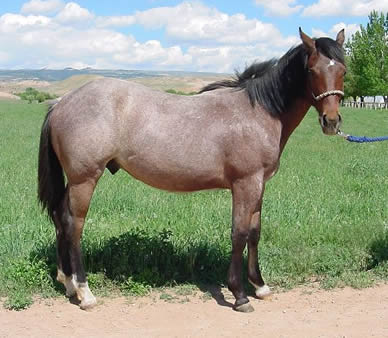 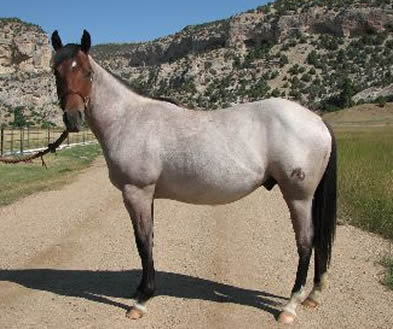 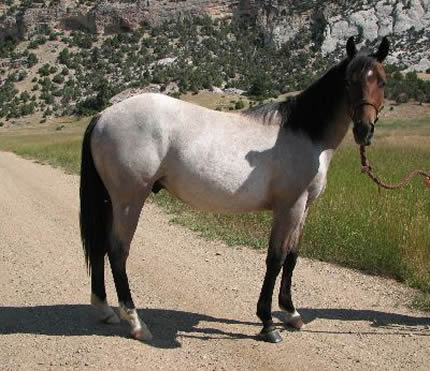 "OooohLALA" -  This is one stocky, sturdy built colt!

More $ by summer for sure!  Poor economy or not, this colt is classy all the way around!

Don't let me keep him too long, as I am tempted to keep him to ride on the ranch.

The more I look at him & handle him, the more I think he'd make a really nice ranch gelding for our riding string!

needing a sturdy back and big boned colt to carry you!  ;-)

Probably the second easiest horse colt in the coral to halter break this year!

Brushed him from head to tail the first day I worked with him!

He is my buddy and anyone else's pal that comes into the coral to give him attention!

(Buyer's note - this gelding has some swelling on one hock bulb.  Not a lameness issue, just cosmetic.)

*AQHA Horses in this colt's pedigree are colored in Blue.

Very quick on his feet and a little spunky, but will do whatever you ask as

long as you teach him how to do it and how to react!

Touched him from head to tail on the first lesson.

Trimmed this sweet little guy so easily - all 4 feet- no problems.

My thanks to BLS, but no thanks to the buyer that bid so low on her!

YOU should be ashamed of yourself!

This will be a "do it all" type of filly.  Ranch and Rope horse deluxe!

She has become a very smart, willing filly and likes attention.  Easy to catch!

My thanks go out to Billings Livestock Auction for doing their best to help me sell my colts! 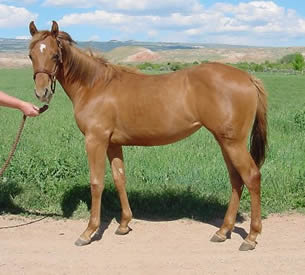 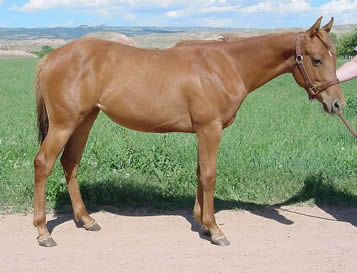 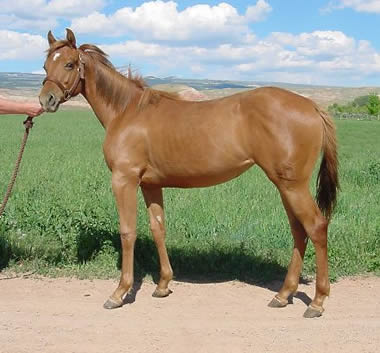 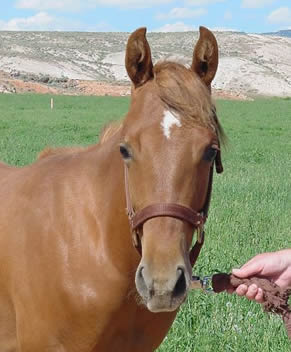 I wasn't asking for much...couldn't you have paid me more on this classy filly?

This filly is another little miracle!

Her dam, Fancy, has had 2 fillies in her lifetime as a broodmare and many horse colts.

so the few fillies they have produced are such a rare surprise!

If you are looking for a good, cowy broodmare that will possibly have a good

chance of producing horse colts for you then I will sell this 2008 filly.

I am keeping Fancy's 2007 filly (Frosty Cherry) for a replacement for my own herd!

This filly you see above is Fancy's last foal, just a plain sorrel filly, with loads of cow sense and eye appeal.

The mares in this filly's maternal bloodline have produced more horse colts than fillies through the last 5 generations!

Again, my thanks to BLS for doing their best to help me sell my colts,

but no thanks to the buyer that bid so low on her!

This is a steal of a deal!

All around cow horse prospect!

Barrel Racing for sure!!!

Halter broke in Feb 09 - gentle and easy to work with.

Lanky, slender filly right now, but she should fill out nicely this coming spring/summer.

5/28/09 - This lanky, skinny filly has plenty of quick speed! She looks like she is gliding when she runs!

BLUE BONNET GAL - is a granddaughter of OLD TOM CAT,

LEO is also on extended pedigree & many more!

Thanks Misty & crew of

Thanks You - Billings Livestock Auction!

It's still a steal of a deal, considering how perfect she is!

She is a really well built, chunky, big boned filly.

Fat and sassy too!  She's the thickest built filly in the coral!

...and comes by it honestly through sire and dam!

This is the kind of colt you keep forever & put your kids and grandkids on!

He'll never be ugly either!

Got two of his full sisters that are in my broodmare band and they have a home for life!

NO LONGER FOR SALE!

KEEPING HER FOR A REPLACEMENT FOR HER DECEASED DAM - RED FOX.

YOU WILL BE ABLE TO BUY THIS PRETTY, SWEET FILL'S FOALS SOMEDAY FROM ME!

This filly has the best disposition in the whole coral!

I halter broke her around the first part of January 09 & trimmed all 4 feet that same day.

She's a curry comb's nightmare!  I can't get rid of her!

She sticks her nose & but into everything!  In my way all the time begging for attention.

She's the kind you keep for life and never sell!

She's gonna be a nice 15+ hand tall mare when she matures.

Haven't halter broke this filly yet, but she already loves the curry comb!